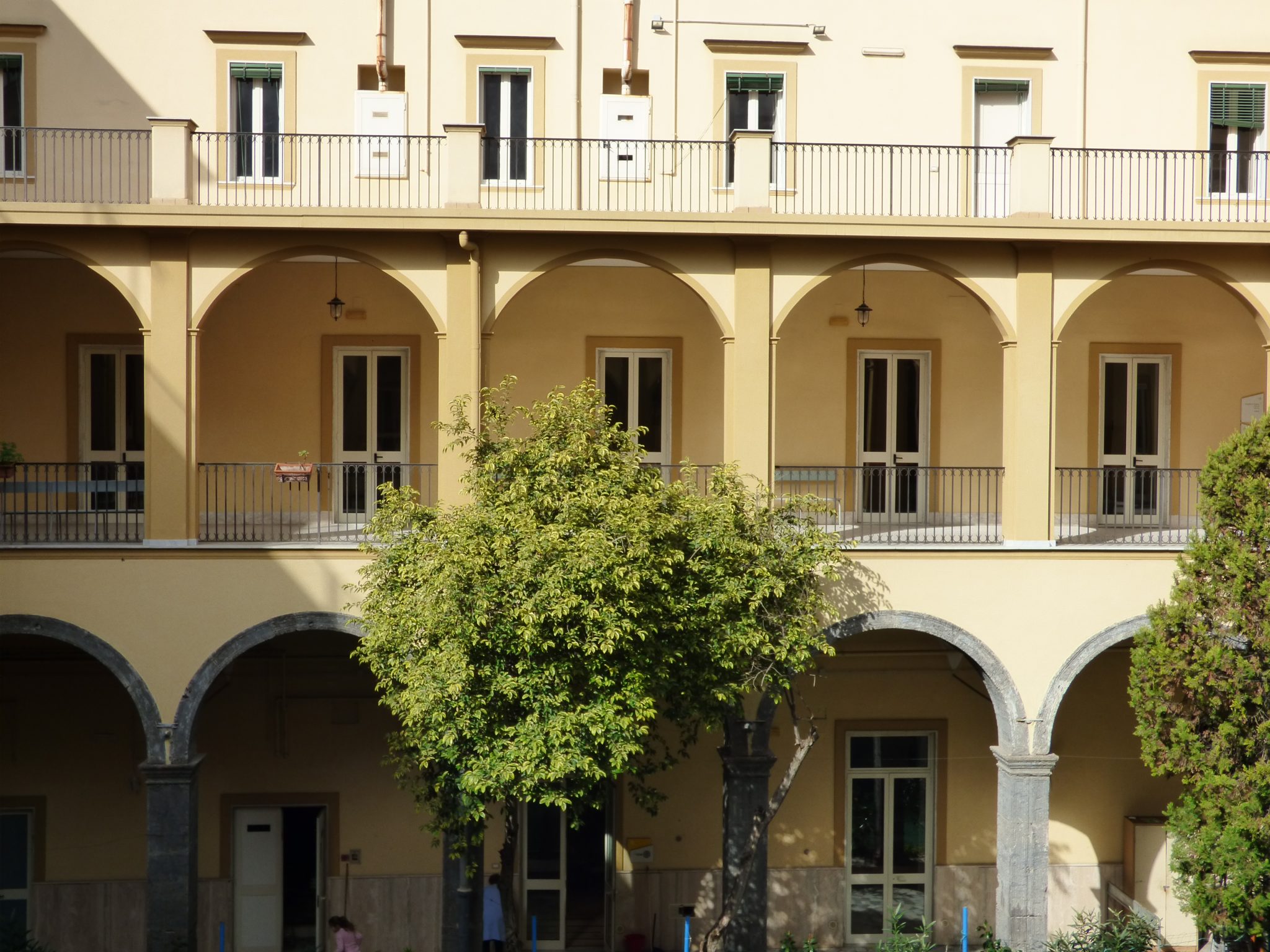 The Foundation of Quartieri Spagnoli (FOQUS), is presided by Rachele Furfaro and directed by Renato Quaglia (responsible for the creation and conduction of the project of urban regeneration), who manages services, promotes initiatives and coordinates activities within the foundation, or the organizations settled within the former Montecalvario Institute.

FOQUS was established to take over the project design and the investment initially supported by Social Company “Dalla parte dei bambini” between the end of 2012 and the autumn of 2014.

FOQUS is a model of collaboration, based on the constant of cooperation of public and private companies; a model that promotes networking and deep involvement of all subjects participating in the project- despite of their different missions- in order to improve the interaction through competitiveness and specialization.

The Foundation ensures a consistent and responsible governance to the housed organizations and businesses, by setting a project with common goal while remaining autonomous and individual about responsibilities and tasks. The network of companies participating in FOQUS have become a cluster of interconnected entities, coordinated by the work and the connections offered by the Foundation Quartieri Spagnoli.

This website uses cookies to improve your experience while you navigate through the website. Out of these, the cookies that are categorized as necessary are stored on your browser as they are essential for the working of basic functionalities of the website. We also use third-party cookies that help us analyze and understand how you use this website. These cookies will be stored in your browser only with your consent. You also have the option to opt-out of these cookies. But opting out of some of these cookies may affect your browsing experience.
Necessary Sempre abilitato
Necessary cookies are absolutely essential for the website to function properly. This category only includes cookies that ensures basic functionalities and security features of the website. These cookies do not store any personal information.
Non-necessary
Any cookies that may not be particularly necessary for the website to function and is used specifically to collect user personal data via analytics, ads, other embedded contents are termed as non-necessary cookies. It is mandatory to procure user consent prior to running these cookies on your website.
ACCETTA E SALVA